Do dog DNA tests detect pit bull? Yes and no.

The problem is that the term “pitbull” does not refer to a single breed. It is used as a general umbrella term that covers a number of breeds, including:

When the general public uses the term “pit bull”, they’re usually referring to a dog that’s composed of a mix of some of the breeds listed above.

Most folks also consider any dog that has a certain “look” a pitbull, generally characterized by a square-shaped head and bulky body.

That being said, dog DNA tests can certainly identify if your dog has any breed ancestry involving the bully breeds listed above, including the American Pit Bull Terrier (which traditionally was the breed “pit bull” referred to, until it became a term synonymous with all bully breeds).

Our favorite DNA test for detecting APBT and other bully breeds in Embark.

Embark’s Dog DNA Test is perfect for detecting a variety of bully breeds. With Embark, you can see which breeds make up which percents of your dog:

Not only that, Embark proves descriptions and breed background for each breed listed in your dog’s genetic makeup.

You can also see your dog’s ancestry all the way back to their great-grandparents, giving you an idea of your pup’s heritage.

Embark Tests for Genetic Issues Too

If you choose the Breed + Health Kit, you’ll also get access to Embark’s health screenings, which test for over 215 health risks, including breed-specific genetic issues relating to bully breeds like American Pit Bull Terriers or American Staffordshire Terriers.

If you’re looking to test for bully breeds in your mixed-breed dog, Embark is a great choice!

This site uses Akismet to reduce spam. Learn how your comment data is processed. 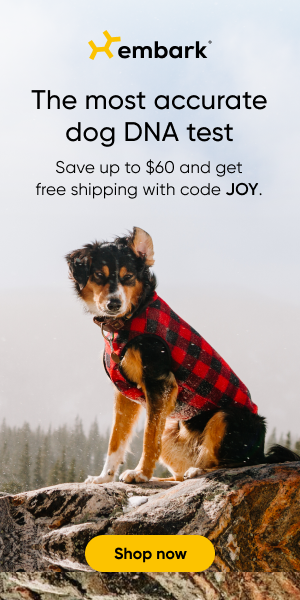 DogBreedIdentifier.com does not intend to provide veterinary advice. While we do our best to provide accurate, helpful information for canines and owners, the content on this website is not a substitute for veterinary guidance.